All runners receive a gear check bag from the Race Office when picking up the number and running package. The bag drop area is located at the northern stadium square (Olympic Stadium). The bag drop is open on the race day from 12 AM to 8:45 PM.

There won’t be bag drop at the transition areas. Each team will take care of their teammates’ bags and equipment during the race.

HOW TO GET TO THE TRANSITION AREAS BY PUBLIC TRANSPORT

The runners have to get to the transition areas by themselves. Runners will get public transport tickets for the team members when picking up the bib numbers. You can find all the resent public transport information here or using HSL mobile app. 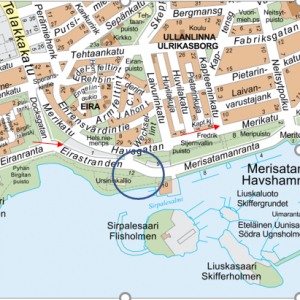 The north side of Eläintarha sports field (Eläintarhan urheilukenttä) at the street: Nordenskiöldinkatu
This will be in a walking distance to and from the Olympic Stadium. 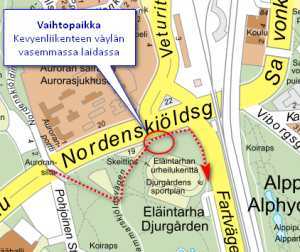 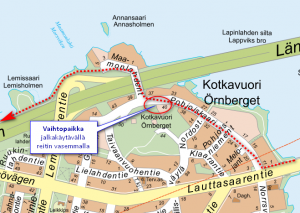 If you sign up one relay team for the race and pay for it right away, please choose “Individual and relay entry” and then “Helsinki City Marathon Relay”.

One person (the team leader) may enter a team and add the other runners to the registration later. Team leader is responsible for updating the details of the runners. Cancellation insurance is not available for the Marathon Relay.

If you want an invoice for the registration or you want to sign up more teams at a time, please choose “Create a team”.

If you have personal refreshments, please bring them to the marked boxes next to post- and 2021 registration tent (outside, near the expo entry) between 8 AM and 12:30 PM on the race day.

PICKING UP THE BIB NUMBERS

The starting line is at  the Paavo Nurmi statue (Mäntymäentie)

The starting time of the first runner for the Marathon Relay is 2:30 PM. The relay runners will be on the first start corral and wave (BLUE). The first leg’s runners must be at the blue start wave at 2:15 PM latest.

The transition areas will be located alongside of the route. Therefore, the route will not get longer than the full marathon. The team carries a baton, which includes a chip for the timing. The change from one runner to another is done by giving the baton to the next runner.

The finish area is located at the Helsinki Olympic Stadium.

The timing system works with a bib tag attached to the baton that the team carries with them. The team runs joint time. The Marathon Relay will have the split times each 10 kilometers, just like the marathon event. The teams progress can be followed with the Ultimate Live result app.

1. Each relay runner will have his/her own bib (race number)
2. There is no chip on the relay runners’ bib (race number)
3. The bibs (race numbers) are packed in an envelope, where you also have:
4. The single-use relay baton, which is a custom type thick paper with timing chips, that is assembled (rolled) by the runners before the race.

See the example of the baton from the DHL relay in Copenhagen here.

1. Team’s  bib numbers are picked up at one time from the Competition Office during it opening hours (Friday 2nd, 8am-20pm or Saturday 3rd October from 8am- 1 pm). All team’s race numbers are in the same envelope. Any team member can pick up the numbers.

3. The first runner starts at 2:45 PM at Mäntymäentie (next to race office). The other runners will get to the transition areas by public transport. Helsinki public transport ticket is included in the entry fee, please see the instructions of the public transport in below.

4. We recommend all relay runners to be in time in transition areas. Communicate with the runner about his/her estimated arrival time at the transition area.

6. As every team has a particular speed, it is not possible to organize a bag drop in each transition areas. The team itself is responsible to organize this. Practical Tip: We suggest that the first runner brings his/her gear bag to the bag drop (located at the Olympic Stadium, northern stadium square). He/she gives the clothes to wear after the run to the second runner who will hand those over before she/he starts running. The second runner will give his/her clothes from before the run to the first runners who will take them back to the finish area.

7. The runners A, B, C can access to the Olympic Stadium through the marathon port (the same access than all the other runners) and get their medals, refreshments and snacks in the finish area. The runners must have bib numbers on!

8. The whole team can cross the finish line together if they want, since the timing is done with only one bib tag that is on the baton. All team members must have their running numbers attached to their shirts to enter the finish area.

9. The relay team runs the same total running time. You can track your team’s progress on Ultimate Live application.

Back to general info